On Wednesday 15 September, the President of the European Commission Ursula von der Leyen delivered her annual speech on the State of the Union. Von der Leyen spoke during the current plenary session of the European Parliament in Strasbourg. As foreseen, von der Leyen underlined the need to work on the recovery and fostering of the Internal Market, on a stronger Health Union, as well as on the green and digital transitions. Apart from recalling the Commission’s achievements over the last year, she also outlined the measures that will be proposed and implemented in the following months.

The speech touched on the pandemic and the European response to the current global health crisis, with the President of EU’s executive recalling encouraging data. She stressed that, despite the criticisms, more than 70% of the adult European population is now fully vaccinated. She further mentioned the success of COVID digital certificates with 400 million certificates having been already issued, linking up 42 countries. While recalling that the pandemic is still not over, she underlined how injustices and disparities worldwide continue to persist, being further strengthened by the pandemic. Here, von der Leyen declared that the EU aims to lead by example providing vaccines to poorer countries. Indeed, the Union’s goal is to increase its donation commitment by a further 200 million doses by the middle of next year. To reach this goal the EU will encourage production capacity by investing €1 billion in ramping up mRNA with Africa.

A further element that von der Leyen discussed was the setting up of a new agency called Emergency Preparedness and Response Authority (HERA), sponsored by a European investment of €50 billion up to 2027. The new agency is meant to complement the Union’s health strategy and to increase its preparedness to future crises.

Central to the speech was the highlighting of recent achievements and the next steps towards a green and digital transition. As regard to the former, the President started by praising the Fit for 55 legislative package and its legally binding obligations for Member States. She then went on to underline the importance of a social climate fund to tackle energy poverty, and the need to narrow the climate finance gap. She asked EU partners globally to increase their efforts in fighting climate change and global warming, and specifically the US, which needs to step up on its climate finance ahead of the COP26, according to the EU chief, in order to facilitate reaching a deal in Glasgow.

Regarding digital, von der Leyen stressed the importance of the Single Market and its strategic role as enabler of progress and prosperity. She also announced the launch of a European Chips Act aimed at fostering European semi-conductor production capacity and, therefore, leading to the Union’s strategic autonomy and technological sovereignty.

The President of the European Commission also touched on other sensitive topics for the Union, such as security and defence, cybersecurity, migration and a new European Care Strategy to support men and women in finding the best care and best work-life balance.

Lastly, where recent worldwide geopolitical developments are concerned, von der Leyen did not fail to mention her worries about the situation in Afghanistan, as well as that on the Belarus border. She also addressed other issues, such as the guarantee of rule of law and media freedom, that hinted at other disagreements within the EU over its basic principles.

For the President of the European Commission, yesterday’s address was her second State of the Union speech. This year’s speech was entitled “Strengthen the Soul of Our Union”, and throughout the Commissioner recalled several times the importance of being true to the founding values.

After the nearly one hour speech, representatives of each political group had the chance to intervene responding to von der Leyen’s presentation. 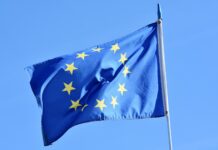 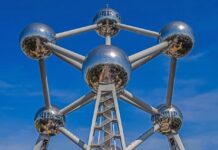 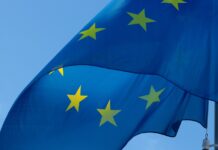